The Fortress of Colombo: What lies beneath the Navy Head Quarters 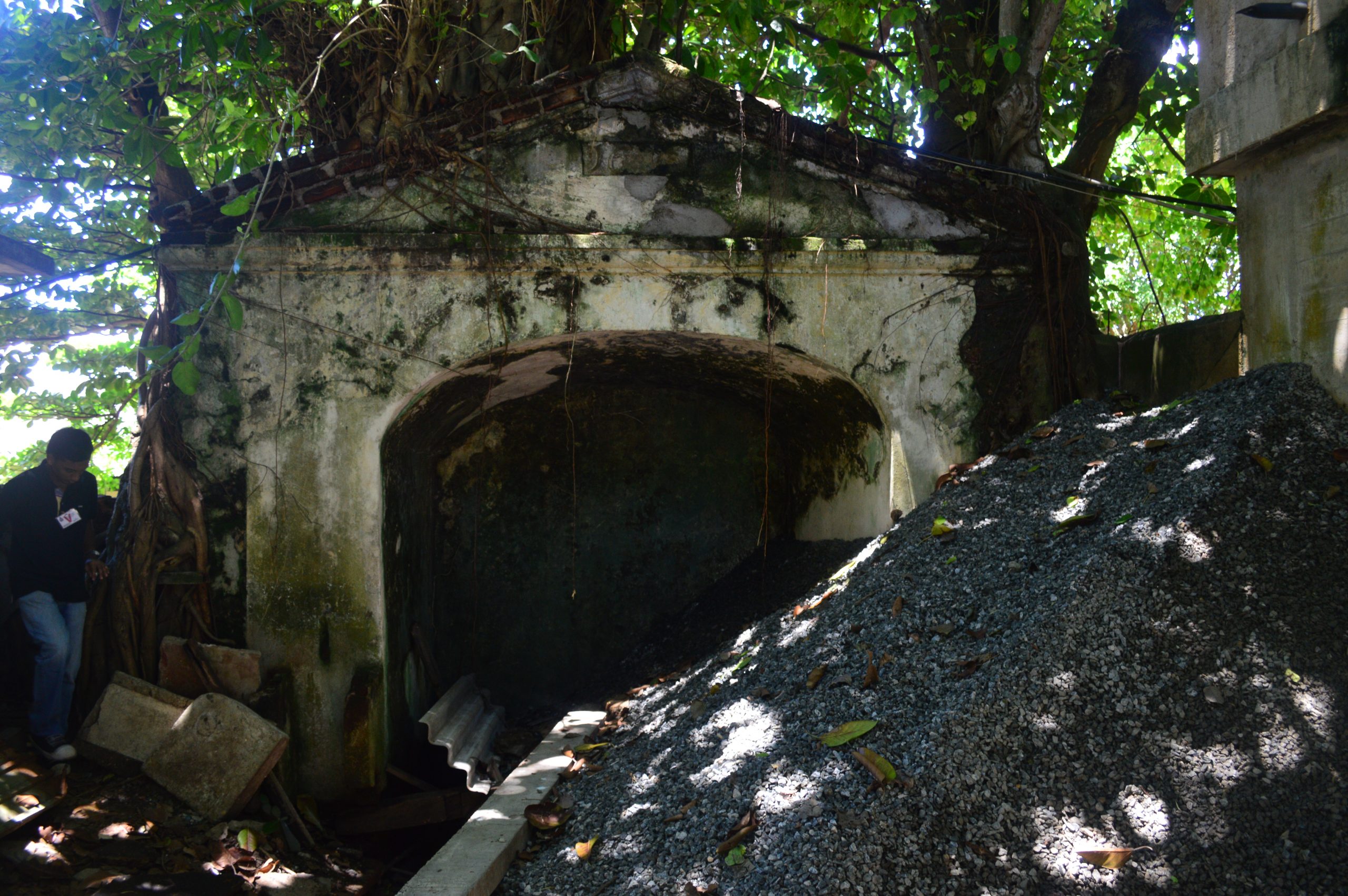 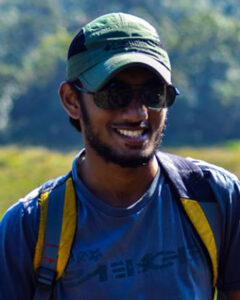 The harbour of Kolon Thota or Colombo was a prominent port in ancient Sri Lanka and from the 15th century onwards it was the principle port of the country due to its proximity to the Capital city of Kotte. With the arrival of the Portuguese in the 16th century, they made Colombo their main center establishing a large city over time. The succeeding European colonists, the Dutch and British too made Colombo their center. To protect their interests in the harbour the Portuguese fortified their city and the harbour creating the Fort of Colombo; the succeeding Dutch too erected their own fortifications on the site of the Portuguese ruins. The British after occupation maintained the Dutch fortifications till the mid-19th century where they were demolished for commercial expansion of the city. The Fort of Colombo has a colourful history of almost 500 years and the final fortifications; the Dutch Fort was demolished in the 1870s but not entirely as I found out.

Having read much about the Dutch Forts of Sri Lanka, I was determined to explore the untold story of the Fort of Colombo beginning from its inception from the time of the Portuguese, for as common knowledge goes no remains exist. This journey took me on an adventure of a life time, I felt like a modern day Howard Charter to the surprises that awaited me in that busy city center called Colombo 01. There hidden amoung the crowded streets of Fort are the hardly known remains of the name-sake of Colombo 01, the very ruins of the Dutch Fort of Colombo. This is the remarkable story of their rediscovery.

Strolling through books of history I came across a picture which took me quite by surprise, in the book The Epic Struggle of the Kingdom of Kandy by Brendon Gooneratne was a picture somewhere from the 1970s of a wall of the Fort. Judging from the surroundings it seemed to be somewhere on the modern Chaitya road, so hopping on my trusty scooter one afternoon in 2015 I headed down Chaity road in Fort; traveling near the Light House Galley I noticed the building featured in the picture behind the old wall, this turned out to be the Office of the Navy Commander inside the Navy Head Quarters but there was no old wall insight but large trees, so climbing the lighthouse to gain elevation I scanned the tree lines and to my astonishment found through the branches glimpses of an old wall. I was speechless, if that picture was true; those are the ruins of the Dutch Fort. Now I needed a closer look, so I wrote to the Navy Commander seeking permission to visit the old wall inside. I was thrilled when I received a written reply from the Navy granting me and my friend Minol Peiris permission to visit the wall and after contacting the Commanding Officer Captain Suresh De Silva via telephone a date was fixed for the visit. I cried in amazement as to what wonders I would see for seeing ruins within the Commercial Capital of the country is thrilling and of something believed not to exist.

Arriving at the Navy Headquarters we were given passes and greeted by Lieutenant Commander Abeyrathna who escorted us to the site. This old wall faced the Galle Buck road and entering a small compound we came to the base of it. It was beyond words! It was not just a wall but an entire bastion with four cannons jutting out which have been sealed off. The walls were some fifteen feet high and were an odd shape rather than the known triangular bastions like those of the Galle Fort, it had five faces or sides and it was quite clear that it had gone through considerable alterations during the past century with a mix of red bricks and modern cement and concrete. At the base on the south side of the bastion were large boulders which seemed like a natural rock formation.  We documented and photographed this and then we were told that there was more, a gateway to the Fort!  Walking behind the bastion we reached the Flag Staff Street and turning left walked few meters down and to our left we turned with amazement, there flanked by two buildings was an entire gateway with the date still on it. It was in a ruinous condition with trees growing on it and was the dump site of construction material. It was a Postern gate, meaning a small secured entrance by the looks of it with the passageway sealed in the center. The date ‘1676’ was barely visible.

Exploring this we climbed a small portion of wall connected to it and peeping to the other side, I noticed something! We asked the Navy officer who accompanied us if we could go to the other side and he agreed to take us. This was the back garden of another building. My suspicion was right, there on the other side were parts of an old wall, and as they joined the small gateway it was quite clear that they were part of the ramparts of the Fort. The section from the bastion end to the Postern gate is about 30 meters and of about 4 feet in height and has a mix of stone and kabook masonry, along this stretch is a modern wall built upon the ruins. The behind of the Postern gate was a sad sight; it was fully covered with trees with large roots going deep into the masonry. Beyond that too were remains of the ramparts, it ran for about 20 meters with a varying height of about 5 feet, this section too was in a ruinous condition with trees growing on top of it. This part mainly consisted of kabook masonry. We were just taken away. These were definitely part of the fortifications of the Dutch Fort.

We inquired as to whether the Archaeology Department visits these ruins but they said that no one comes and asked us if we could help them identify the ruins. Roused by the fire of discovery I immediately set to work on identifying them. Digging through the maps in the National Archives, the memoirs of the Dutch Governors, various other sources and specially the book The Dutch forts of Sri Lankaby W.A.Nelson I was able to uncover the history of the ruins.

The Dutch Fort, built on the western end of the ruined Portuguese City after its fall in 1656 was constructed on the Bastion Fort design (i.e. Galle Fort) and consisted of 9 bastions and 2 gun batteries on the Habour arm. The Dutch Fort was totally completed by the 1690s. The bastions were named after cities in the Netherlands and from north clock wise, the bastions of Leyden, Delft, Hoorn, Rotterdam, Middleburg, Klippenburg, Enkhuysen, Dan Briel and Amsterdam. The gun batteries on the Habour arm were Battenburg and Water Pass.

The bastion in the Navy Head Quarters was the bastion Dan Briel, this was a modest bastion which protected the rocky beach along the west coast between Enkhuysen and the Battenburg battery. This bastion was situated on a hill, which was the highest point in the city hence the large rocks and the considerable elevation observed at the present site. This bastion’s apex or the pointed end where the two sides of the bastion meet seemed to have been cut sometime in the late 19th century probably in order to make way for the Galle Buck road, as is evident from a map of 1904; giving it its odd five sided shape today. The bastions where initially built of Kabook and only after 1751 were they built of proper lime and stone. Previously the old British lighthouse and the flag staff was located on this bastion and now built upon it is the office of the Navy Commander.

The Postern gate had a fascinating history; the Fort had three main entrances, one being the Delft gate on the eastern ramparts, the other the Galle gate on the south, and the third being the Water gate in the habour. In the old days this small secondary entrance was known as the Slave Port which led to the Kaffirs field which was the land area between the Fort and the sea on the western coast; this is where the Company’s slaves were kept. “Without the walls, between them and the sea are the Huts where near four thousand Slaves, belonging to the Company lye at night…their huts are little, made up with nothing but straw and leaves” is the description given by the German Christopher Schweitzer in the 1680s. Thus this was the small entrance from which the slaves of the VOC entered the Fort to work. The Kaffirs field would now correspond to the buildings of the Navy Head Quarters, Galle Buck road, Chaitya road to the coast (now vanished for the Port City), the slaves of the Dutch were first kept here till they were relocated in the 18th century to a small peninsula in the Beria lake now known as Slave island due to an incident, which is an interesting tale for another time.

The walls on either side of the Slave Port were the ramparts of the Dutch Fort one, connecting Dan Briel to the Slave Port and the other from the gate to the Amsterdam bastion, but seemed to have lost their shape and size due to the alterations of its surroundings.

We were speechless at what we had seen, ruins in the heart of Colombo! I was simply amazed to the fact that these ruins are hardly known and not properly conserved. I was overjoyed as to what I had discovered; the ruins of the Dutch Fort but there was more to it than meets the eye, my research further led me to locate more remains amounting to an astounding seven locations.

The next article would feature the rest of the remains of the Fort of Colombo.