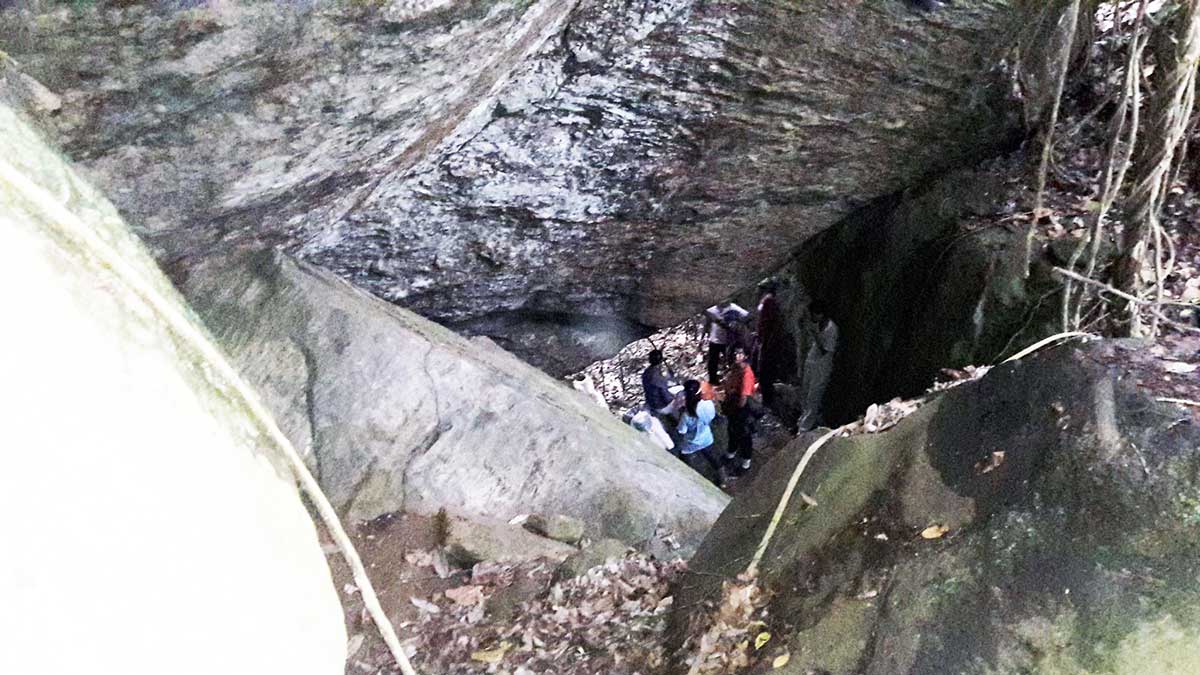 The archaeological project titled ‘Hunters in Transition’ initiated in the year 2009 focuses the Holocene adaptations of the prehistoric hunter-gatherers occupied in the deep mountainous hinterland in Sri Lanka. Three separate climatic regions i.e.  wet, intermediate and dry zone which are geographically adjacent to each other have been archaeologically investigated through a series of reconnaissance surveys and excavations.

Floral and faunal distribution in the sampled area were mapped against the dispersal of prehistoric sites. Six Spatio-temporal caves situated in the region; the elevation ranging between 900 and 300m msl. fall into the period between 9000 -3500 cal. BCE were probed to establish a spatio-temporal framework to the Holocene cultural development. All of the caves investigated are situated not very far from each other; the maximum distance does not exceed 20km.

Identification of a natural formation of a quartz deposit which had been extensively exploited for lithic manufacture (as suggested by the artifacts excavated)  suggests as one of the key attractors of the colonization of its surrounding landscape. 25 varieties of wild grass seeds, nuts together with an extensive index of small animals hunted suggest that the Holocene hunters-gatherers had shown a marked resilience to the new climatic regime. Some of the symbolic artifacts excavated evidenced the fresh approach of them seeing themselves and their external world.