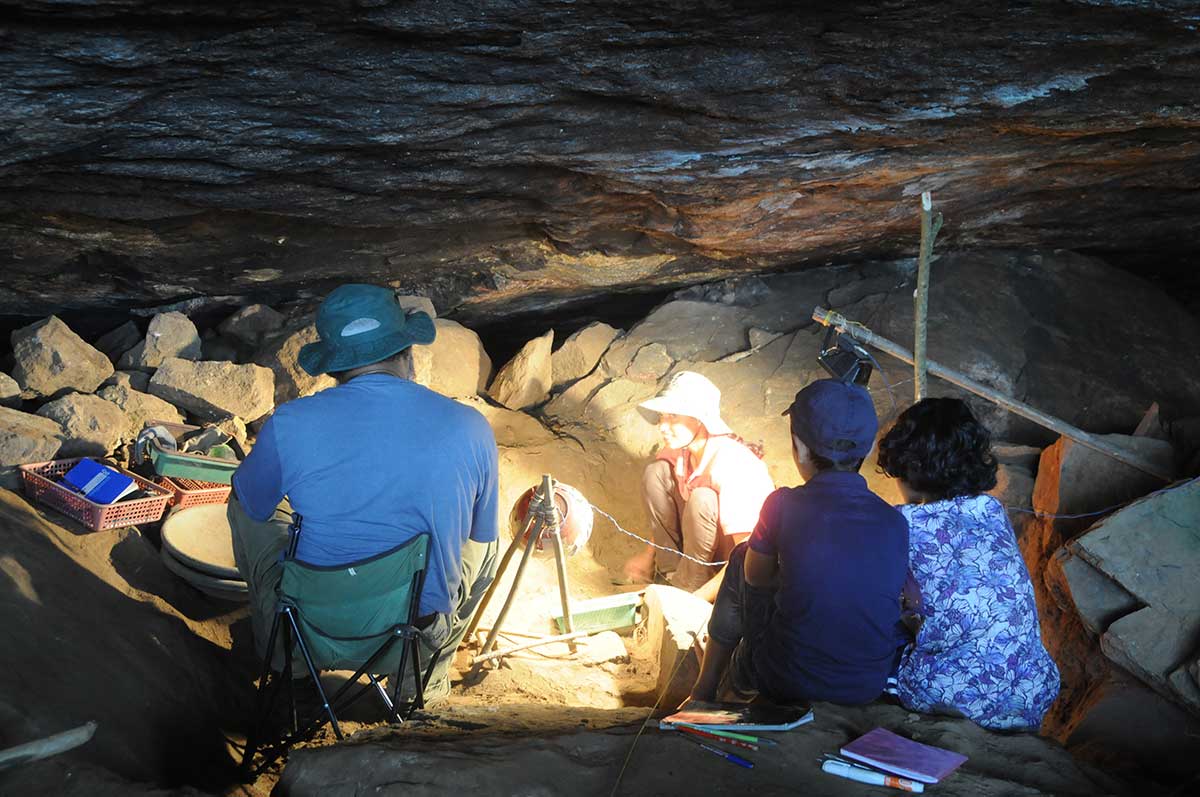 The second phase of the archaeological investigations in the prehistoric cave of Alugalge in Balangoda has been initiated in the late February 2017.

This cave was first excavated in July 2015 and has yielded an assemblage of artifacts suggesting the prehistoric occupation at the location during the mid/late Holocene. One of the notable characteristics of the stone implements (quartz) recovered is the presence of hyper-microliths; length of some of the lunates of that kind are not exceeding 4mm.  Other artifacts excavated include bone points, pieces of graphite with the marks of heavy aberration, small grind-stones, etc. Plant materials reported are residues of charred nuts (Canerium Zelanicum), seeds (probably Oriza sp.) and some of the specimens in the assemblage are waiting to be identified. The abundance of terrestrial shells (Acavus sp., Oligospeira sp.) among the food residues indicates that the cave was inhabited by the prehistoric communities in a period of relatively wet climatic condition was prevailed.

Some of the non-utilitarian artifacts found (a grid drawn on an undressed stone surface) have strongly suggest a conceptual inclination towards symbolism which has been considered as one of the explicit manifestation of the hunters in transition. Prehistoric deposit of the Alugalage cave has been dated to the 3505 cal. BCE. This project is funded by the Postgraduate Institute of Archaeology and the National Science Foundation (research grant number IK/2014/01).