Independent researcher and a freelance writer 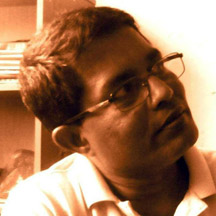 The Martello Tower is a type of fortification constructed by the British in the 19th century. This was a small round fortification of about 20-25 feet in height and could garrison up to 20 – 30 men. Their round structure made it resistant to bombardment and was generally suited for coastal defense. The design originated from around fortified tower at ‘Mortella’ point in the island of Corsica in the Mediterranean Sea, which was garrisoned by the French; the British impressed by its resistance to their naval assault on the tower in February 1794 studied its design and adapted its defensive properties in their own strategies after 1796. Thus the name ‘Martello’, the Anglicized form of Mortella was used to refer to such round towers. These towers were built throughout the British Empire in the first half of the 19th century but were rendered obsolete by the end of that century.

The Martello Tower situated in Hambantota is the only tower found in Sri Lanka and has been mistakenly identified in the past as a Dutch fortification. The need to protect Hambantota had occurred to the British in 1803 when the Kandyans had attacked Hambantota on two occasions, and thus by the request of Major General D.D. Wemyss, Commander of the Forces in Ceylon,  the Martello Tower was built by Lt. William Gosset of the Royal Engineers. The exact date of the construction of this tower was not known, with many starting between 1796 and 1803. Through a thorough research conducted by the researcher, although the exact date of construction may not be known, construction on the tower had commenced after September 1804 and by May 1805 was still under construction.

This tower is 25 feet in height and 120 feet and 4 inches in circumference with a base diameter of 38 feet. It comprises of two stories. This tower never saw action and was later handed over to the Public Works Department. In 1999 the Martello Tower of Hambantota was restored and used as a fisheries museum.

He’s main research area is environmental history but with a special interest in history and archaeology as well. As a writer, he occasionally writes on environment, history, and archaeology to Sinhala and English newspapers and to his own blog. He has also contributed few papers on the above subjects to various journals.