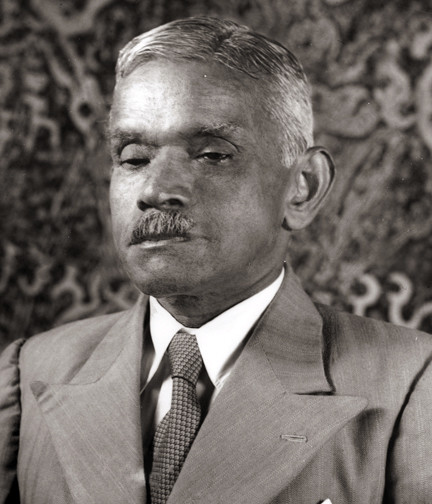 Sri Lanka Archaeology
how can i get my ex girlfriend back

Senarat Paranavitana was the most competent epigraphist we have ever had and he has deciphered hundreds of lithic records as well as 685 Sigiri graffiti; he was well versed in his mother tongue as well as in English and in two other oriental languages, Sanskrit and Pali. Yet as he was not omniscient he could make mistakes. With apologies and due respect to his vas knowledge, we intend to re-examine a few terms which are refered to in our epigraphic records that he has misinterpreted.

The phrase vahara-la cidavi, which he has misinterpreted as “freed from slavery”

is the first term that we intend to re-examine. In the epigraphic records pertaining to the period, fifth century to eighth century, we very often come across this term; it occurs in a variety of orthographic forms such as vahara-la cidavi, vahara-laya cidavi, vahara-laha cidavi, vahari-la cidavi, vehera-la cidavi, veheri-la cidavi, viheri-la cidavi.[1] Paranavitana in the course of editing four inscriptions found at Vessagiriya surmised that the word vahara-la, and its associated forms referred to slaves, and interpreted it as “freed from slavery”.[2] As regards the derivation, he followed W. Geiger who derives the word “vahal” from Skt. vrṣala, Pali vasala.[3] It may be noted that these two words vasala and vahal do not convey the same meaning in Sinhala. The general meaning of the Skt. Word vrṣala, the Pali word vasala and the Sinhala word vasala is“an outcaste” or “a low person” or “a canḍāla”. The word vahala, which had been used with reference to domestic servants during the Polonnaruva period and in later periods, had never been used in that sense during the whole of the Anurādhapura period.  The word that had been used to refer to domestic servants who were not serfs or viagra online pharmacy slaves during that period was dāsa or dasa. An inscription of the second century A.D., found at Ilukväva, near Anurādhapura, refers to an assignment of two servants, a male and a female, to a monastery there. The words that had been used there to refer to them are dasa and däsi respectively, but not vahal.[4] The Mihintale Tablets of King Mahinda IV (956-972) have used the word “vehera dasun” meaning (domestic) servants, with reference to the servants attached to monasteries.[5] We come across this word dāsa, which had been used with reference to servants attached to monasteries in the very passage, which had quoted by Paranavitana, from Samantapāsādikā in defence of his interpretation of this word in an article contributed by him to the E.Z. Vol.V (pp. 60-61). The meaning of the word vahal at the beginning was helping, assisting, supporting or serving. This word occurs in two verses of the Sīgiri Grafiti, namely verse No. 350 and 363, and Paranavitana who edited those verses renders them as “support” and assistance.[6] The word vahal occurs in the Jetavanārāma Slab Inscription of King Mahinda IV in a phrase as an adjective as “ek-vahal ṭämba”, which is rendered into English by Wickremasinghe as “supporting pillar”.[7] The Polonnaruva Galvihāra Rock Inscription of King Parākramabāhu I (1153-1186) informs us that he enalisted the services of Moggaliputta Tissa, the great Elder, to crushed out the sinful Bhikkhus from the sāsana.[8] Here Wickremasinghe has rendered the phrase “Moggaliput Tis maha-terun vahal koṭa” as “(he) enalisted the ‘support of the services’ of Moggaliputta Tissa, the great Elder”. Hence, we have reasons to doubt Paranavitana’s interpretation of the phrase “vahara-la cidavi” as “freed from slavery”.

The meaning given by him to the word cidavi or  cidavaya as “freed” too, questionable. The word cidavi or cidavaya, which had changed into “sindavi” or sindavā by the ninth century, is equivalent to the Pali word “cindāpetvā” meaning “caused to be cut” or “caused to be severed”. Paranavitana himself says “As today, in the medieval inscriptions as well as in literature, forms of sindi are used to denote the meaning of “breaking”, “plucking” or “nipping wit fingers.”[9] In Sinhala, the forms of the root sindi, corresponding to Skt. chid, had not been used to denote manumission of slaves during the Anurādhapura period, or any other period for that matter. The word that had been used to denote manumission of persons was bhujissa. The Dhammapadaṭṭha-kathā (5th century A.D.) refers to the manumission of two boys from domestic labour before they were admitted as novices. The phrase used here with reference to that act is “bhujisse-katvā” [10]The same work refers elsewhere again to the manumission of sixteen servants from a monastery by some villagers. Here again

the phrase that was used to denote it is “bhujisse-akaṁsu.”[11] The Sinhala commentary to the Dhammapadaṭṭha-kathā on both occasions has explained that phrase as “nidas koḷo” and “nida

how to aquaponics manual

s koṭa” meaning “made them free” or ‘freed from domestic labour”[12] This phrase “bhujisse-katvā” occurs also in the very passage quoted by Paranavitana from the Samantapāsādikā in defence of his interpretation of the phrase vahara la cidavi,” and he himself has rendered it there as “manumitted”[13] It is evident from these references that Paranavitana’s interpretation of the phrase “vahara la cidavi,” as “freed from slavery” cannot be maintained.

Next, we shall look for evidense to find out what is really meant by the term vahara-la, vahara-laya, vahara-leya and vahara-laha. The term vahara-la is a compound word consisting of two elements, namely vahara and la, laya, leya or laha. Here the first element vahara, as indicated by the above mentioned Vessagiriya Rock Inscription No.4, where it has referred to Kasubgiriya monastery as Kasabagiriye vahara, means a monastery.[14] The meaning of the second element la, laya, leya or laha is ticket-meal or meal-ticket in English and salākā in Pali.The word laha or lā occurs in the ninth and tenth century inscriptions with reference to alms issued by tickets.[15] It is possible that, like the word paya, meaning “the bowl” or “the foot” subsequently becoming pā, the laya in vahara-laya subsequently became lā, which word is equivalent to that of Pali salākā. If we take the meanings suggested by us to these two words, it can be rendered into English as monastic ticket-meals or meal-tickets. This is supported by two vaharala inscriptions, one found on a flower altar at Dantapāda vihāra, near Ballala,[16] which reads thus “Ganayapavaha vasana Jayasava laha cadavava”, means Jayasava who lives at Ganayapavaha caused the issue of a ticket- meal”.

As to the meaning of the word cidavi, which preceeds or follows the compound vahara-la; it may be noted that we come across the word cinditvā or cindāpetvā with reference to the purchasing of ticket-meals from monasteries in Pali literature. It is mentioned in the story of Ariyagāla Tissa in the Sahassavatthu-pakaraṇa of the later Anurādhapura period that a lay devotee named Tissa having gone to a monastery caused the monasteric ticket-meals to be issued to him by the monks there.[19] A similar story in the Rasavāhinī refers to a lay devotee named Goḷa, who “having gone to a monastery invited the monks therein to accept alms from him, and the monks having accepted his invitation caused ticket-meals to be (broken) issued in his name” (salākaṁ attano nāmena cinditvā).[20]

In the first story the word used with reference to the act of issuing the ticket-meals is ‘cindāpetvā’ and in the second story it is cinditvā. The Pali phrase “salākaṁ attano nāmena cinditvā” which occurs in the above mentioned story in the Rasavāhinī, has been rendered into Sinhala in the Saddharmālankāraya by its author as “tamange namin laha kappavā,’ thus indicating that the word ‘cindāpetvā’ has the same meaning as that of cidavi occurring in the vahara-la inscriptions. Hence, the phrase ‘vahara-la cidavi ‘must be interpreted as “caused the monastic ticket-meals to be issued.”

A considerable amount of information on prehistoric culture has been gathered from various areas in Sri Lanka. Batadomba Lena Cave in Kuruwita and Bundala...
Read more
Articles