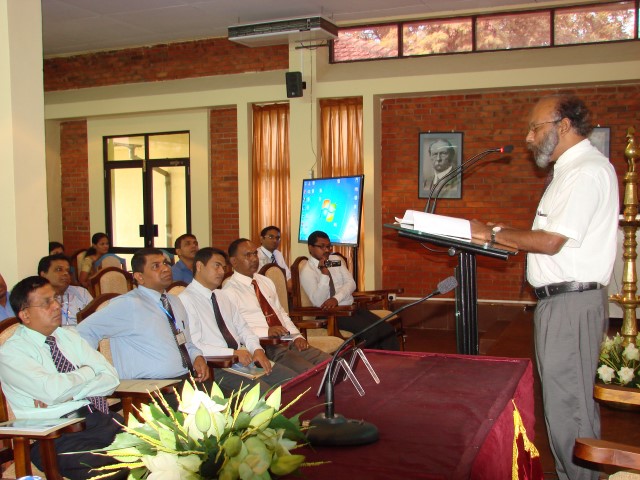 This is the transcript of the keynote address delivered by Prof. Raj Somadewa at The Annual Research Session 2013 of University of Sabaragamuwa, Sri Lanka held on  December 19, 2013.

It is a great honor for me to be invited to deliver the keynote address on  this special occasion today. I consider that you have privileged me to express my own views and perspectives to the wider academic community in your university.  I thought it is more appropriate to begin my lecture referring to the first occasion I came to know about this meeting. A couple of weeks ago Dr. Ms. Paranavitana of your faculty, called me to ask my consent to accept the invitation to deliver the keynote address of the annual research session of her university. I accepted it with great pleasure. Since then I was so eager to find a suitable theme for the talk. In the meantime Dr. Paranavitana called me for the second time and inquired about my preparation and she asked if I could   talk on my own research which is spatially focused on archaeology of the Haldummulla area. On behalf of the Vice chancellor and the organizing committee of this conference, thank you very much Dr. Ms. Paranavitana, for your concern and the kindness conveyed. However I thought it is apt to share some ideas on a theme related to our thinking on history and tradition which perhaps, I am professionally qualified to talk on.
Dear friends, whatever field we are qualified to work in our professional lives, the inspiration made by the historical thinking on our working culture cannot be neglected. We all are historically derived and our mental templates are historically molded. As T.S. Eliot once wrote in one of his poems;