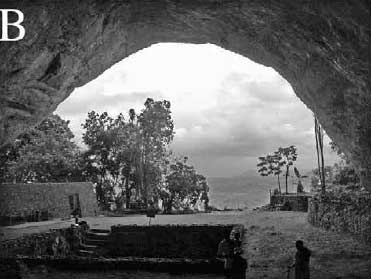 Commencing in 2008 with a focus on caves in metamorphic terrains, the project Cave Science Sri Lanka has investigated forty-eight caves. Thirty-seven caves have been mapped by the Sri Lankan members of the project, twenty-five have been investigated in more detail and samples have been collected from twelve caves for analysis. In addition to rockshelters, boulder caves, tectonic caves and carbonate karst caves developed in marble and dolomite four distinct types of caves, Tunnel Caves, Block Breakdown Caves, Arch Caves and Network Caves have been recognised in Proterozoic gneiss and Cambrian granite in Sri Lanka. While previous workers have suggested that these caves have either formed in what was called gneiss but was really carbonate rock, or are the spaces left behind in the granitic rock after bodies of carbonate rock were removed, field evidence suggests that phreatic solution of granitic rock and/or formation and removal of phantomized granitic rock play a significant role in speleogenesis.