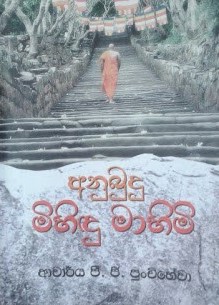 Anubudhu Mihidhu Mahahimi is a much-awaited biography on the Arahath Mahinda who was instrumental in introducing Buddhism to our island. The earliest biography written on him was titled: Mahinda Stavirayange Jeewitha Kathawa -the life story of the Mahinda  Sthaweera – was written by Mudliyar Arthur Jayawardana of Wellaboda pattu Hikkaduwa printed by S A Z Siriwardane on 20th July 1886 which was a fifty page book where one thousand copies were printed and were prized at 25 cents. ( vide: at page 30-1 , item no 213 Register of Books Printed in Ceylon March 1885 to March 1892 ) Dr. Punchihewa’s biography has emerged after thirteen decades. This reviewer has had the occasion to read and re-read both these biographies; the extremely rare the first opus at the ” Sumangala Library ” of the Sudarshana Paramanada Bogahagodella  Purana Raja Maha Viharaya in Galle. Archaeological evidence on the Arahath Mahinda was very scarce almost unknown to the first writer Mudliyar Arthur Jayawardana in 1886. Dr Punchihewa has studied and immersed in the highly venerable personality researching into all historical and archaeological evidence available at his disposal. He has filled the void hitherto existed or carried out a biographical resurrection. Centuries after the demise of the Arahath Mahinda to marshal biographical details about him is clearly skeletal of nature and undoubtedly a formidable task. We owe Dr. Punchihewa a deep debt of gratitude for undertaking this onerous task.

Geographically, the mountain range consists of four main hills. They are viz: Ambastala ( Sela Cetiya or the Ambastala dagaba ) – Mihidhu maha Seya – Plateau of the Mango, Rajagiri the Mountain of the Kings, Atvehera kandha – the mountain of elephant vehera – and Anakutti the Mountain of the Elephant. The Brahmi inscriptions of Mihintale near Ambastala of fourth-century AD depicts in Inscriptions of Ceylon Vol.1 part 1 pages 1-5 Colombo 1970   not only the earliest form of Sinhalese writing but also the earliest record itself. Ven Dr. Walpola Rahula has stated in his ‘Early History of Buddhism in Ceylon’  Gunasena 1953 that ” Buddhagosha says that Mahinda brought to the island of the Sinhalese for the benefit of the people of the island.  Thus  he made Sinhalese a literary language and inaugurated its literature.” Mihintale was called Cetiyagiri it is very likely that King Devanampiya Tissa named after the place of birth Arahath Mahinda’s   Vidisa as a mark of respect for the maha thero’s mother.

Dr Punchihewa’s book deserves some comments from this reviewer.

At page 24 Dr Puncihewa’s book compares with the account of Mahawamsa together with the excavations of Prof Cunningham cited by Prof. Rhys Davis on the missionaries set forth by Moggaliputta Tissa Maha thero to propagate Buddhism.

At page 44-45 of the opus, Dr. Punchihewa refers to the spot which the king stood answering the riddle posed by the sage which is today enclosed by a railing covered with a slab of stone popularly known as chandrakanthi pashana where in mythology this type of stone is formed from moonbeams shining on dew drops.

On page 46 Dr. Punchihewa quotes Justice Weeramantry which was accepted by Amerasighe J in his judgment pronounced in Bulankulama Vs Secretary to the Ministry of Industrial Development ( Eppawala Case )  reported in 2000 Sri Lanka Law Reports 243 to 321 is now accepted as our law.

On page 56 of his book, Dr. Punchihewa states that the Jambukola harbour is where Sanghamitta set foot in the Northern peninsular. Dr. De Silva  infra  at page 32 : 2005, infra at page  25: 2013 identifies this spot  ‘now known as Tiruvadinilayam [ site of the sacred footprint ]’

Dr. Punchihewa also states that the ship that brought the first Boa sapling by Sanghamitta bhikkhuni. The mast was kept as a museum object and exhibited according to our recorded history. ( Geiger : Mahavamsa [1912] -p134)

On page 68 of the book, Dr. Punchihewa draws our attention on the Rajagala inscription deciphered by Prof.  Paranavitane in 1962 University of Ceylon Review Vol XX on page 160. Dr. Raja de Silva in his ‘ Digging into the Past’ vishvalekha publications  2005 [ translated into Sinhalese by Kingsley Kurukulasooriya titled: Atheethaya Sevima Sadaha Keneem -Purawidyathmaka Rachana  An author-publication 2013 at page 23  ] at page 26  states that: ” Whereas neither Paranavitana nor his successor Godakumbura has mentioned the existence of the dagoba itself ( probably because they do not appear to have inspected the site personally ), I discovered, beyond the single line inscription on the right-hand side, the remains of a small dagoba built of rough stones. ”

King Mahadathika Mahanaga of the 7-19  century Mihintale inscription found in Inscriptions of Ceylon Volume 2 part 1 on page 26 inline 13  says that images or statues of Mahinda, Bhadrasala, Ithtika, and Uthtiya were erected. This palaeographic evidence corroborates the  Arahath Mahinda and the arrival of his retinue.

The oldest book is written on Mihintale in Sinhalese ” Sithuyam sahitha Mihintala Maha Vihara Warnanawa” – the peon of praise on the Mihintale temple – by  Ven. Pudukkulame Dhammalankara published by Tennakoon Muduyanselage Appuhamy upasaka in 1910 at the Maha Bodhi press throws more light on the folklore of the Arahath Mahinda thus Mihindhu lena the cave of Mihindhu, Mihindhu maha seya -the stupa of Mahinda as Ambhastala , mindhu pokuna – the pond of Mihidhu – the Aradhana Gala the rock of invitation the place where the first sermon was preached by Arahath Mahinda. According to this book, the Mihintala Maha Viharaya vide pages 33 to 36  of the book was handed over to the sangha or the priests only on 16th July 1909 by the Government Agent Hoseburgh where Walisinghe Harischandra has had played a key role. Then there were 68 caves, 360 stupas, 100 statue abodes, 1600 places of sangha wasa- where monks could reside. Epigraphia Zeylanica Vol. 5  pages 210-225 Colombo 1963 bears ample testimony to the fact that these ruins depict that the Mihintale was the busiest place at the dawn of Buddhism in Sri Lanka.

The bodhi tree at Mihintale is one of the first eight shoots that sprang from the tree in Auradhapura.  The oldest stupa built at Mihintale was, it is said, no doubt identical in the form of their counterparts such as in Sanchi and Bharut. The discovery at Mihintale of a small golden reliquary typically resembling the earliest Indian stupas, surmounted by chatras, ( the umbrellas) corroborates this surmise.

Prof. Senerath  Paranavitane has opined in his ‘Glimpses of Ceylon’s past’  in 1972    that the sedate Buddha statue -Dyana Buddha –  excavated from Mihindhu seya in 1934, is accounted as’ the most artistic Buddha images in metal so far brought to light in Ceylon’. The relic casket of black earthenware found from the same locality is a one hitherto unknown from India or Ceylon and known as the oldest discovered so far on the island. 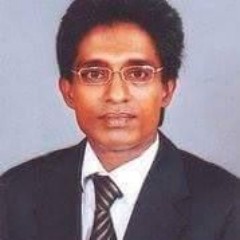 Settlement Patterns of the Malvatu Oya and Kala Oya Basins