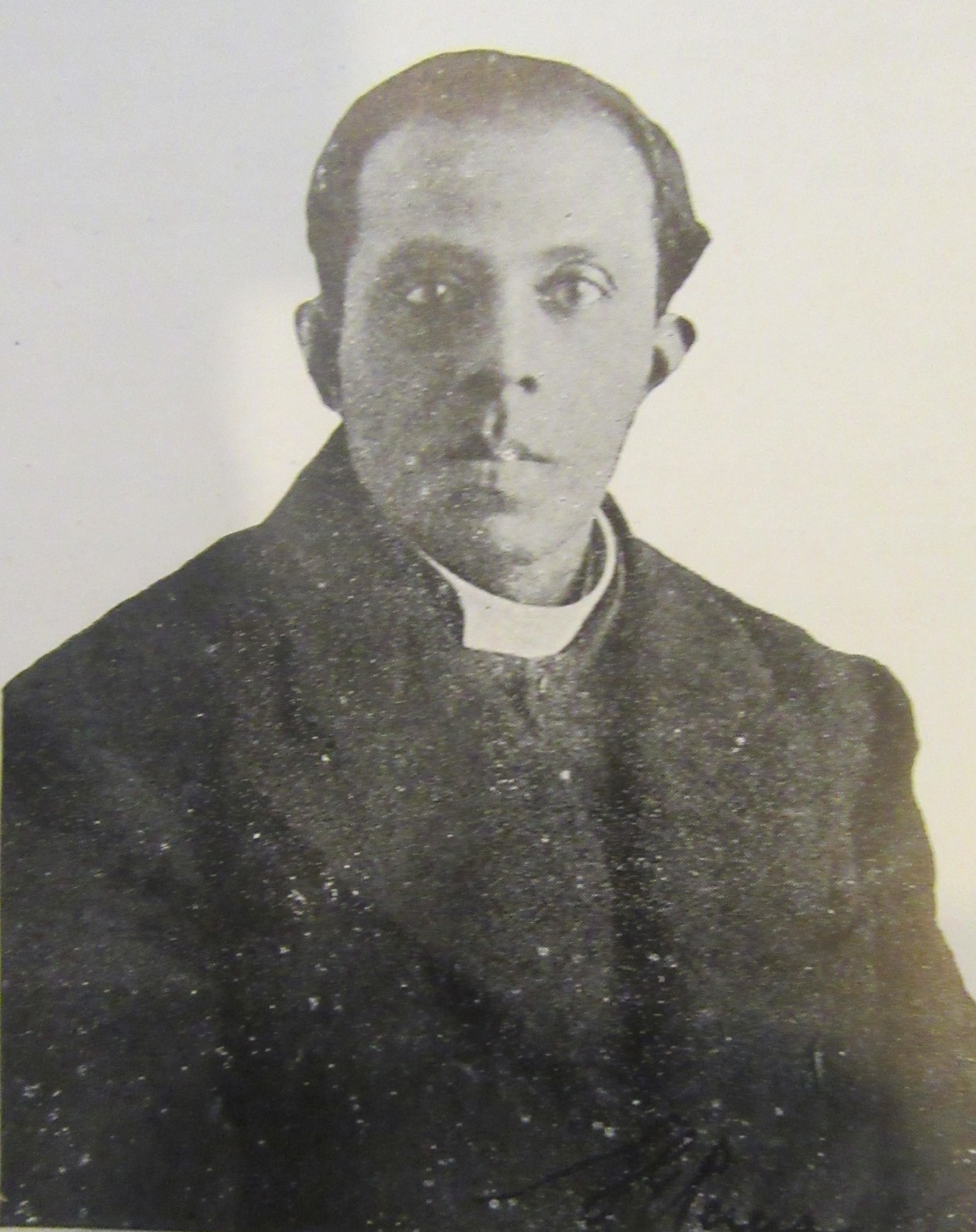 The student of the colonial history of Sri Lanka has undoubtedly come upon the name of S. G. Perera in their studies. Fr. S. G. Perera, a Catholic Priest of the Society of Jesus was an exemplary scholar of the last century and whose parallels are unheard of. Publishing over a dozen books and over 300 articles in journals, his contributions to the history of the Catholic Church in Sri Lanka and the history of the Portuguese, Dutch and British periods of the island have aided the development of historical knowledge to a great extent in Sri Lanka; what could be called his magnum opus, the translation of the ‘Conquista’ of the 17th century Portuguese historian Fr. Queyroz, is the single most important Portuguese literary work which is the basis for any historical study on the Portuguese period. His proficiency of the Portuguese language gave him access to numerous original sources which he has translated and made available to the public is part of the wonderful legacy of this great historian of Lanka.

Simon Gregory Perera was born in June 1882 in Kalutara and attended school first at Holy Cross College Kalutara, then after a brief stay at St. Joseph’s College he finally completed his education at Wesley College. After completing his education at the age of 18 he passed the Government Clerical examination and joining the Government Service was posted to the Land Registry Office at Ratnapura. In 1905 at the age of 23 he followed his missionary calling and joined the Society of Jesus, a congregation of the Roman Catholic Church and left for a Jesuit College in India. He was ordained a Jesuit Priest on November 21st 1917 and was the first Sinhalese to of the order. From there he went to Rome and his scholarly nature soon made him Professor of Missionology at the Gregorian University Rome. He followed the academic career and served as the Principal of St. Servatious College Matara and was a long term member of the tutorial staff of St. Aloysius College Galle teaching Latin in the Upper Forms. He also served as the Vicar General of the Galle Diocese of the Catholic Church. Further he was the editor of the Ceylon Literary Register, member of the Ceylon Historical Commission and was a council member of the Ceylon Branch of the Royal Asiatic Society. He passed away on the 19th of February 1950 and is buried in the Dadalla cemetery in Galle.

Out of the many works of Fr. S. G. Perera, the translation of the work of the 17th century historian Fr. Queyroz can be seen as the most important. The Temporal and Spiritual Conquest of Ceylon was written by the Jesuit Priest Fr. Fernao De Queyroz in Goa and completed by 1687. This work contains the entire history of the Portuguese in the island written from the Portuguese perspective after much research by the author. This work is considered only second to the Mahawamsa in its historical value and is one of the main references of any student of history of Sri Lanka. In a time of less native literature in regards to the political aspect of the 16th and 17th centuries, this work has aided us to understand more of our history of those periods and is a treasured historical document. The existence of such a manuscript came to light in the late 1800s to Fr. Joseph Cooreman, S.J. who was the Vicar General of Galle, he had communicated this to Mgr. Ladislaus Zaleski the then Apostolic Delegate of the East Indies residing in Kandy and he obtained a copy of the manuscript from the original at Rio de Janeiro. Dr. Paul E. Pieris who later examined the manuscript identified its great value and secured another copy from Rio de Janeiro which he used in his works; this copy was purchased by the Government in 1912 or 1913 and published it as it was in the original form in 1916. In 1918 the Government entrusted the translation of this work to Fr. S. G. Perera who completed this translation over a period of 10 years and finally published it as “The Temporal and Spiritual Conquest of Ceylon” in 3 volumes through the Government Printer in 1930. This translation into English made this valuable piece of history accessible to generations of scholars. The laborious task of translation and research of Fr. Perera can clearly be seen in the very well written Introduction to this book where he traces the origins of the author and the writing of the book and its fate.

Fr. Perera’s linguistic familiarity with the western classical languages along with Sinhala, English and Portuguese gave him access to a wide variety of original sources pertaining to Sri Lanka’s history in the libraries and archives of Goa, Lisbon, Hague, Rome, London and Paris. And thus made numerous articles and books  such as The Jesuits in Ceylon, Life of Father Jacome Goncalvez, The City of Colomobo and along with translations such as the Kustantinu Hatana to name a few.

On the suggestion of the Past Pupils of St. Aloysius College after his death, his private library of rare books and manuscripts became part of the ‘Fr. S. G. Perera Memorial Library’ created by Fr. Perniola and Fr.Chiriatti of the Society of Jesus. In 1976 this library came under the guardianship of Fr. Aloysius Pieris SJ at the Tulana Research Center in Gonawala Kelaniya where it can be still accessed today. 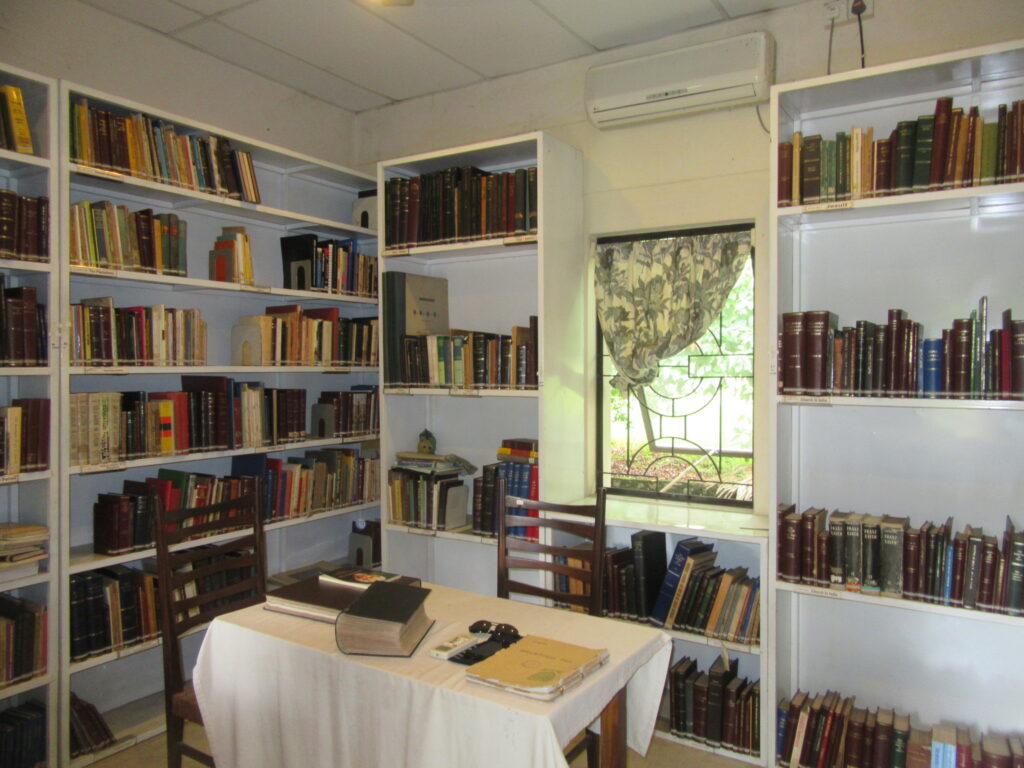 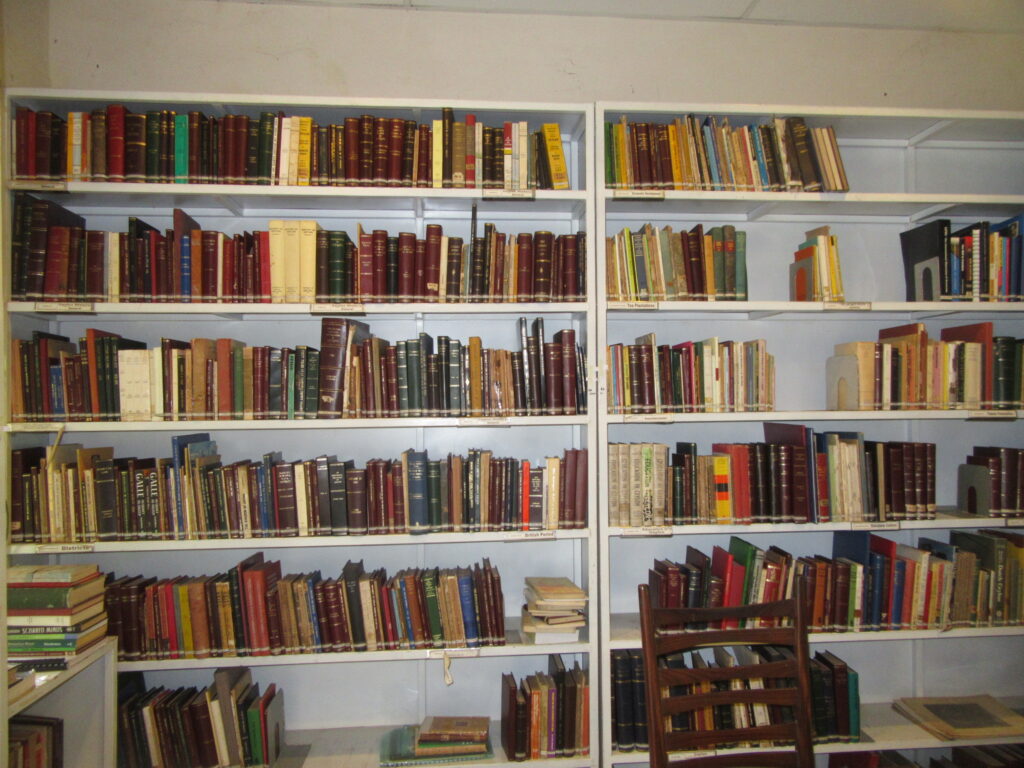 Through his knowledge of Portuguese and other languages Father Perera had amassed a wealth of documents and books from the Archives of Rome and Goa and a visit to the library by the writer showed the untapped wealth of knowledge of these collections. Apart from the published historical books, this library which contains more than 3000 works holds many rare books and manuscripts of the records of the Catholic Church in original Portuguese. Apart from the historical documents, his library contains many other works on various subjects such as Law, Literature, Biology and Zoology etc. The original working copy manuscript of the Temporal and Spiritual Conquest too could be found here with the side notes of the great scholar.

Below is given a selected Bibliography of the publications of Father Perera; a complete list of his lectures, published articles and books can be found in page 278 of the Journal The Aloysian 1946-1950, Volume 06, No. 03.

The Temporal and Spiritual Conquest of Ceylon by Father Fernando de Queyroz, Books 1-6 in 3 Volumes (Translated), 1930

A Priet’s letters to a niece on love, courtship, and marriage, 1942

The Life of the Venerable Father Joseph Vaz, 1943

The Oratorian Mission in Ceylon

The Douglas Papers – ‘Considerations concerning certain changes in regard to the Government of Ceylon’, Vol. I, 1931.

The Douglas Papers – ‘Intercourse with the Government of Kandy’, Vol. I, 1931.

The Douglas Papers – ‘Of the establishments for administration of Justice in our Settlement in Ceylon’, Vol. I, 1931.

The Douglas Papers – ‘Establishment for the supply of Civil and Military Servants from home’, Vol. I, 1931.

The Douglas Papers – ‘On the improvement of the Agriculture and natural advantages’, Vol. I, 1931.

The Douglas Papers – ‘Of the Direct supply of articles from this country to Ceylon’, Vol. I, 1931.

The Franciscans in Ceylon-Contemporary Document in the Vatican Archives, Vol.IV, 1935-1936.

Some Ancient Grammars and Dictionaries of the Sinhala Language, Vol.IV, 1935-1936.