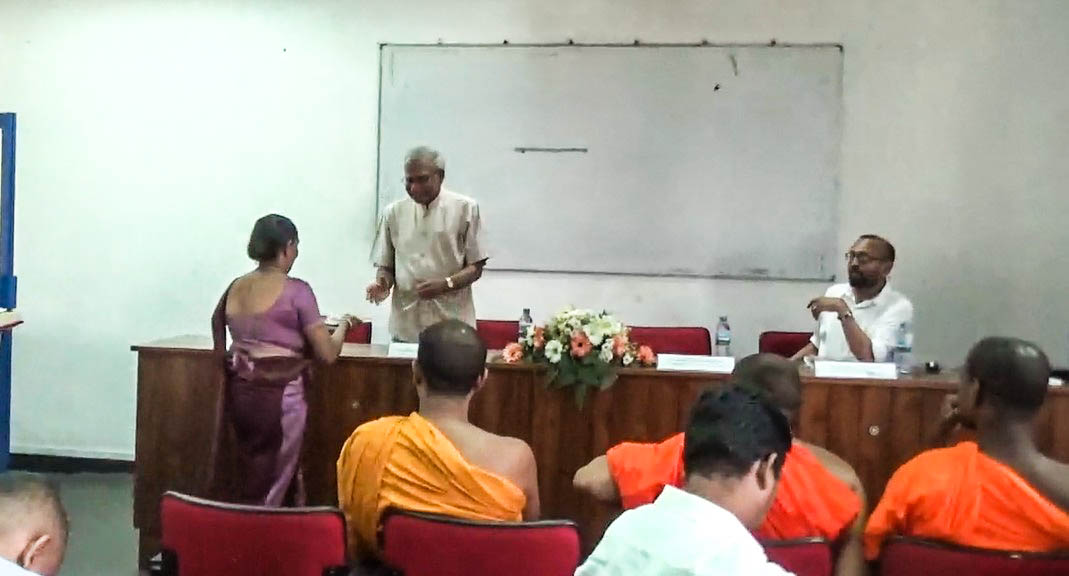 The book ‘Marga Puranaya’ by Dr. Vidanapathirana was launched on the 22nd of February 2017 at the Postgraduate Institute of Archaeology.

The ceremony commenced at 3pm with the welcome speech delivered by Dr. Arjuna Thanthirage. The Chief Guest for the ceremony was Prof. S. B. Hettiarachchi and Guest of Honor was Dr. Janaka Weerasinghe, Director of the PGIAR.

Speaking on her book, Dr. Vidanapathirana stated that this is the first comprehensive study on the ancient roads of Sri Lanka and that she focused on the different factors that led to road development in ancient Sri Lanka. One special highlight in her book is that of the location of Nandikadal in the North, a place which saw much action during the last days of the civil war; was in fact an important junction on the days gone by where 8 roads met and that the most complex road networks were in the North and East of the island. She said that 80% of the present road system which was developed by the British was based on the ancient roads. 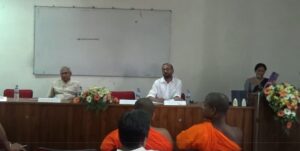 Further elaborating on this book, Dr. Weerasinghe during his speech stated that the late Prof. Senaka Bandaranayaka’s vision for the PGIAR was to the archaeology of the Common Man rather than to the glorious histories of Temples and Palaces; to this his student; Dr. Vidanapathirana has brilliantly elaborated in her empirically researched work. This book proves that all roads led to Anuradhapura and that the roads bound the city to all the regions. The main purpose of this complex road system was the ordering of the landscape and networking it, hence the reason Anuradhapura became the center of the network and not due to trade or other reasons. This work contains the first archaeological map of ancient roads as previous maps were based on simply historical facts. Dr. Weerasinghe concluded by saying that he wished this would inspire future researchers to explore the new avenues created through this book.

Addressing the gathering Prof. Hettiarachchi spoke on the importance of the reference of historical literary sources in conducting archaeological explorations to solve the contradictions in the stories by elaborating certain tales; and concluded that this book is an excellent example of an archaeological perspective on roads.

The book was officially launched by presenting the book to the Chief Guest and Guest of Honor by the author Dr. Vidanapathirana. The ceremony concluded at 4pm with the vote of thanks by Ms. Chandrika Godage, Senior Academic Registrar of the PGIAR.